Whether or not you have knowingly asked yourself “where do we come from?” you all have an answer, that you have chosen to believe… or not!

Whether it’s the Bible’s Genesis, the legend of the World egg, the World tree with its nine worlds…  We have all heard at least one creation story. 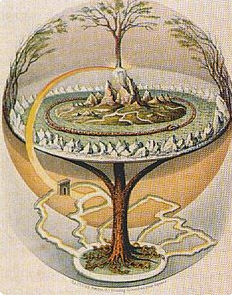 It is these ancestral beliefs – cosmogonies – that are rooted in our societies and form part of our cultures. The different notions of morality built into the cosmogonical texts shape the fundamental values of each small group and each society.  We don’t realise it and we don’t think about it but they’re there, like a backdrop, and they define us insidiously but irrefutably. 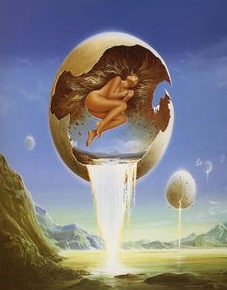 Traditional cultures all defined their own cosmogony, so that each group of humans would have the beginnings of an answer to this question. To give them a few basic values which applied to everyone and were surely necessary, at least for the first humans, to be able to move forward without being hindered by the void created by the lack of a real answer to this question.

But it seems to me that this ancestral knowledge also has two inherent flaws, and this is what I am trying to get around by writing Cosmogonies.

First of all, the fracturing of our species. These disparate views wrongly divide us into small social groups, when today more than ever we should be striving for unity. 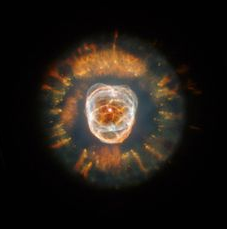 Secondly, the lack of enquiry. The first humans may have needed to put aside existential questions to focus on the more concrete and pressing aspects of their evolution, but today this emptiness is frankly counter-productive. We move forward like machines, without taking the time to look around or ask ourselves vital and fundamental questions. 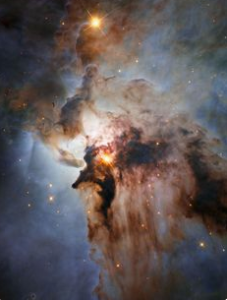 With Cosmogonies, I wanted to reopen the debate about our origins, and that of our future.

In order to unite us all in the definition of “who are we?”, I’ve imagined a universal cosmogony, which would apply not only to every human, but also to every living being in the universe.  Once we are freed from the cultural differences passed down to us by our social heritage, we can think about what “being human” really means. 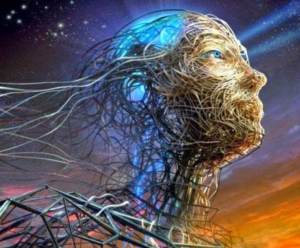 This book is that story. It’s “Cosmogonies” in the plural because the story encompasses every society and group of individuals in a single mechanism of creation…

Through the adventures of the main characters, I’ve explored the discovery of this universal mechanism of creation through the eyes of humans, extra-terrestrials and even an omniscient planet-being, so that we can follow their respective flashes of understanding and share their discoveries, from their different points of view. This way we can all safely come to our own conclusions, unburdened by our own beliefs, cultures and the knowledge we take for granted. 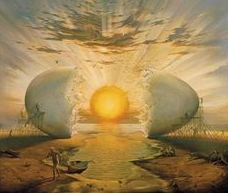 I am convinced that our world is not lost: it is at the dawn of its own rebirth. It is up to us to breathe into it the energy it needs so that it can flourish.

This book is built on a message of universal love that brings with it positive and, I hope, constructive vibes, by providing a space that is conducive to understanding and taking responsibility.

Welcome to Cosmogonies, an extra-ordinary novel, conceived on an obligatory flight of fancy, where everything is new, nothing is taken for granted, and everything is there to be discovered.